For most of my life, I used to categorize rainbow rolls and dragon rolls and California rolls together with nigiri - that is, eponymously with the term "sushi." I've since become a sushi purist after living in Japan, so that when I refer to sushi, I mean only nigiri sushi - vinegar-marinated sushi rice topped with fresh raw fish. Gunkan maki, the type of sushi wrapped with nori (often done with uni or ikura) counts too, but please, please don't say you want sushi and then eat California rolls or anything that includes a mayonnaise-based sauce. I don't know exactly what to call that type of cuisine - perhaps "Bastardized American sushi" would be most fitting. If you ever have a Japanese business client and take them out for sushi make sure there is no special sauce, fake crab meat or deep-fried soft shell crab within 100 feet of your sushi, and especially not in or on your sushi. I know - I sound like a food snob, but all you need to do is visit Kyubey in Tokyo and I think you'll understand where I'm coming from.

Kyubey is legendary in Tokyo. This is where gunkan maki is rumored to have been created. Astonishingly, it appears to have been left out of the Michelin guide's favor for the past few years, and perhaps that has to do with the fact that it is now a restaurant chain and the service and food quality is inconsistent across locations. This review is for the original Kyubey located in Ginza - I've previously reviewed the Hotel Okura location which was disappointing, but the Ginza location served one of the most impeccable meals I've had in my life. But enough talk, I'll let the pictures do the convincing. 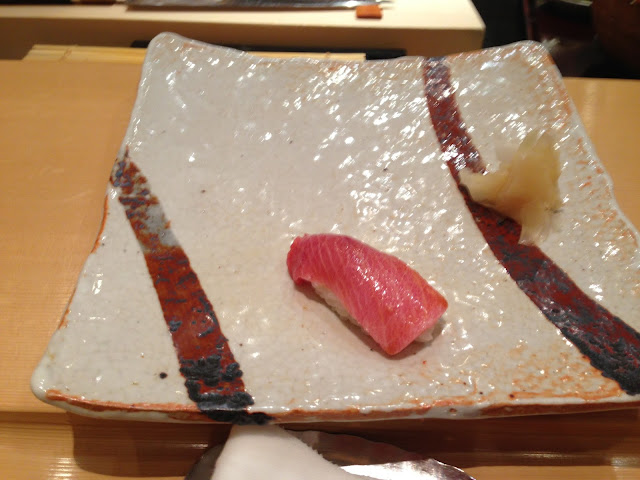 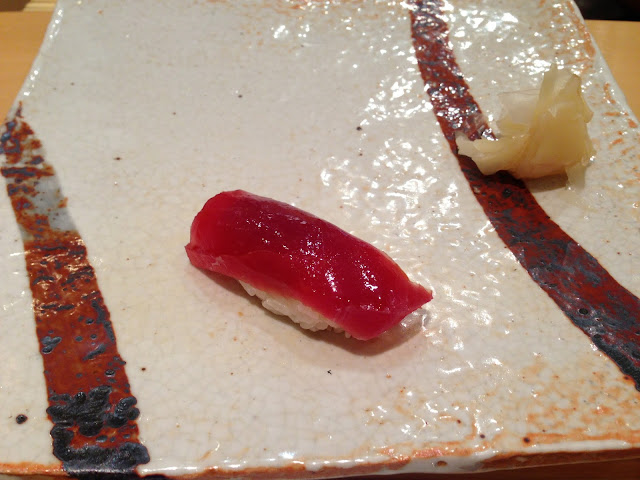 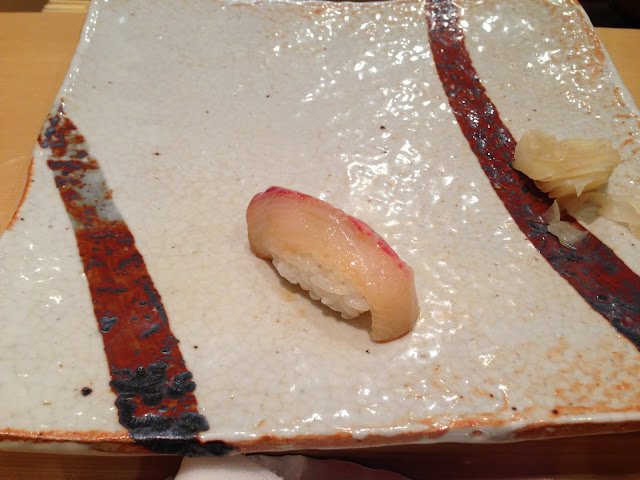 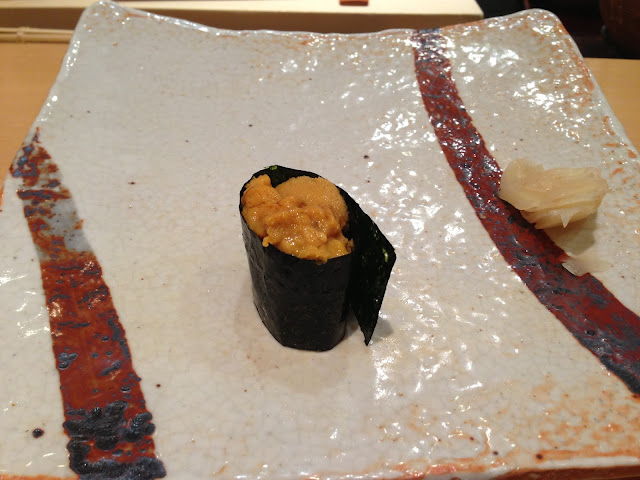 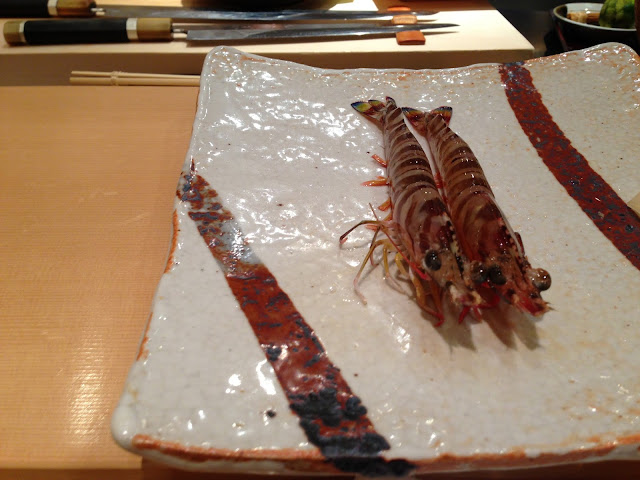 Amaebi (Sweet shrimp - these little guys were alive and kicking when I took this photo. The chef swiftly de-headed and de-shelled them before serving) 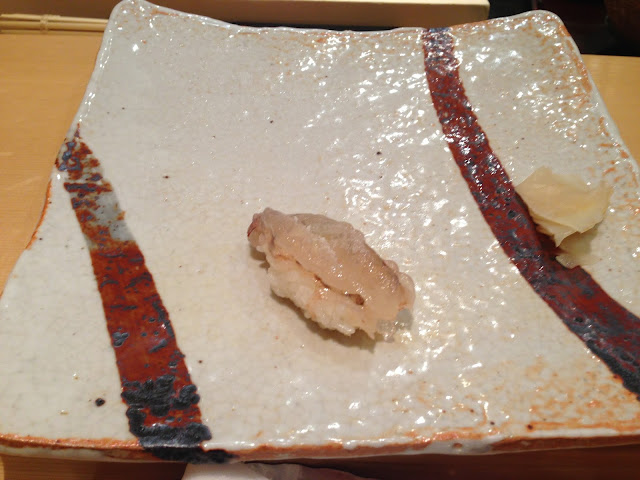 The prepared Amaebi. The flesh was still beating with life when I ate it. 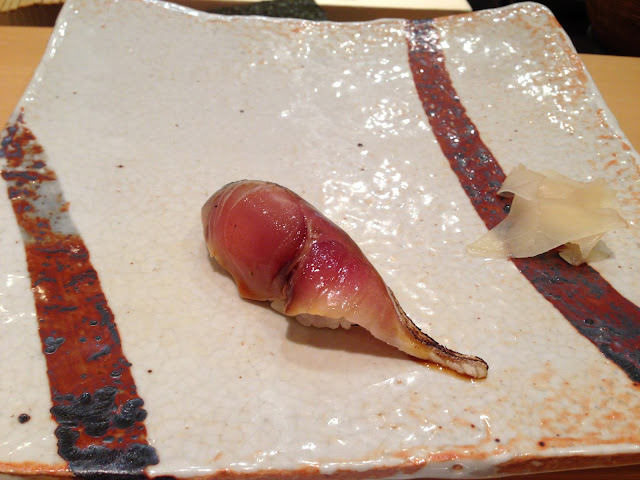 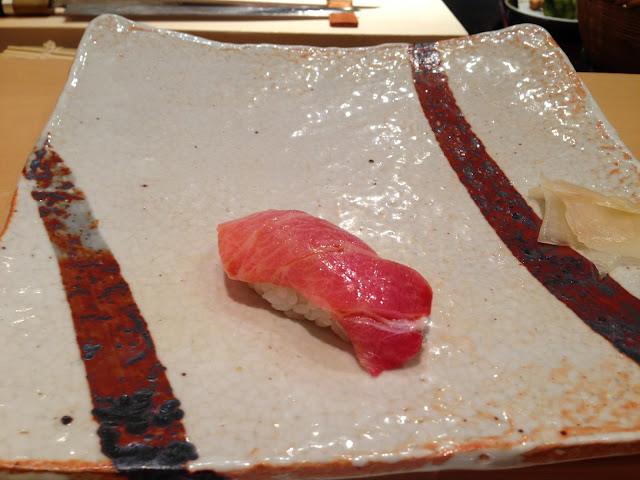 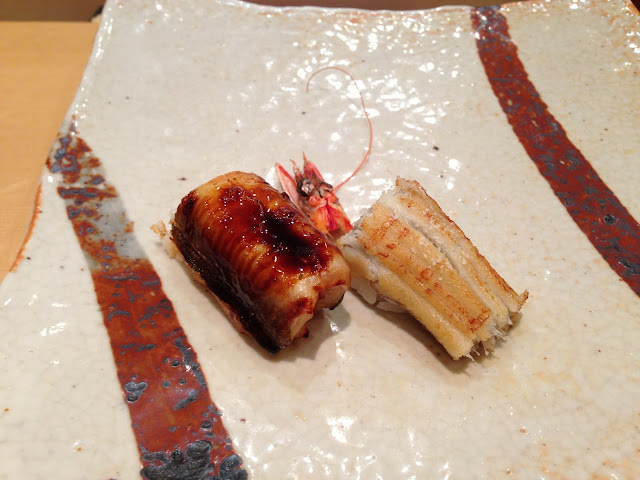 Anago two ways - the one on the right was sprinkled only with a light dusting of salt and it was absolutely amazing because it allowed the sweet, subtle flavor of the eel to shine while the one brushed with sauce was overpowered by the salty sweetness of the soy. If I ever go back to Kyubey, I will ask for both my pieces to be served with salt only, no sauce. 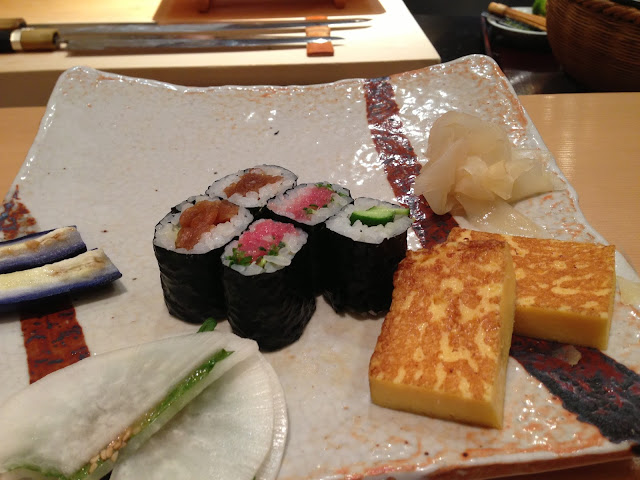 Final course - maki rolls with pickles and tamago. The negitoro (fatty tuna with green onion) in the middle was the best negitoro I've ever had. 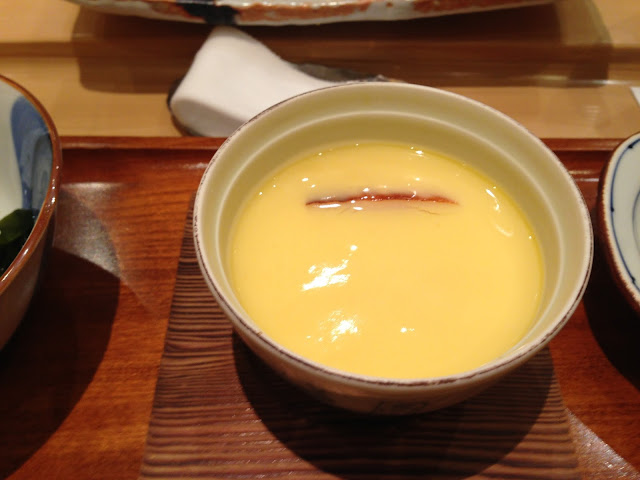 I asked for no "chewy" sushi (i.e. squid, octopus, clam or abalone), so one of my courses was a simple chawanmushi (savory egg custard) 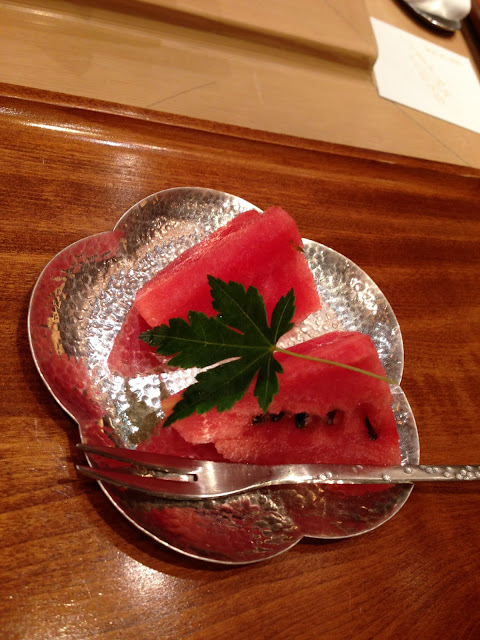 The sushi omakase ends with your choice of a traditional Japanese red bean dessert or fruit. Even the watermelon here was the most delicious watermelon I've ever had.